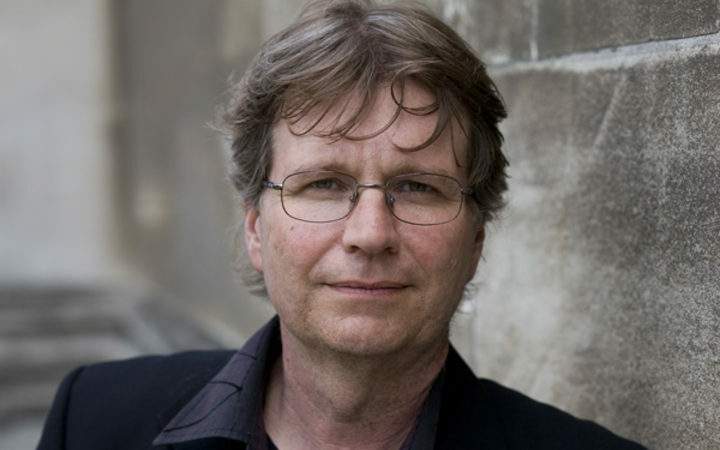 "My love of the symphonic form goes back to my early teens when I spent many hours listening to symphonies by Shostakovich, Sibelius, Stravinsky, Mahler, Vaughan Williams and others. I liked the way you could be drawn into a fantasy world of sound for such a long period of time: not just five or ten minutes but an half an hour or more. The length of these emotional and aural journeys transported me into a new realm of consciousness, and made me determined to compose symphonies myself. The two I wrote in my teens have never seen the light of day and gather dust in the Hocken Library! However, when I finally had the opportunity to compose symphonies that would be played, I wanted to create my own long, emotional journeys, to create a world of musical symbolism and meaning of my own. I hope these five large ‘canvases’ of sound provide people with meaningful musical experiences, as well as provoking thoughts and emotions.

"In recent years I have explored themes of childhood and simplicity, and developed what I label ‘naïve music’: music that creates the illusion of being child-like and unsophisticated on the surface but carries deeper layers of perception and meaning beneath. This is apparent in Symphony No.5 ‘Childhood’, which was premiered during the COVID crisis in 2020.”

Symphony No.5 is in five movements and represents both a looking back at the past and a moving forward in a new direction, as symbolized by references to childhood and, simultaneously, reflections on adulthood. In June 2020, the work was recorded for Rattle Records by the Christchurch Symphony Orchestra and in 2021, the score was published by Promethean Editions (click here to borrow or purchase the score from SOUNZ ).

Below, is a Resound film of the CSO's recording session for Rattle Records at Christchurch Town Hall on 27 June 2020.

Symphony No. 4 is written for soprano and orchestra. It is in one movement, divided into 14 sections, or ‘stations’, and uses poems by Bernadette Hall. It is dedicated to those in Christchurch who have suffered in the earthquakes. Listen to Anthony discuss the work here . Full programme note available here . Below is the Resound film of the work's premiere, featuring the Christchurch Symphony Orchestra and soprano Jenny Wollerman with conductor Tom Woods. The symphony has also been recorded on an Atoll Records CD, simply entitled Stations (2014) and this is available for purchase/hire . In 2021, the score was published by Promethean Editions (click here to borrow or purchase the score from SOUNZ ).

Symphony No. 3 is a portrayal of two sides of human personality, represented by the two movements of the work: Up and Down. The music depicts the constant struggle to find balance in one’s life, in terms of mood and relationships with other people.   Full programme note available here .Here is a recording of its premiere in October 2010 by the Dunedin Symphony Orchestra with conductor Simon Over.

Symphony No.3 has also been recorded by the New Zealand Symphony Orchestra with conductor Tecwyn Evans on the Atoll Records CD A Bugle Will Do, and this is available for purchase/hire . The score has been published by Promethean Editions in their University Series (2014).

The title of Symphony No. 2 The Widening Gyre is a phrase from the poem The Second Coming from W. B. Yeats,  describing the political turmoil and change in the century leading to the new millennium. The three movements represent the past, present and future.

Here is a recording of the work's premiere by the Auckland Philharmonic Orchestra with conductor James Sedares in 2000, from the International Arts Festival in Wellington.

Symphony No.2 has also been recorded by the Christchurch Symphony Orchestra with conductor Marc Taddei for Kiwi Pacific Records and is available for purchase / hire.

Symphony No. 1 Boum opens with a tam-tam stroke - the sound that the title of this symphony describes - and contemplates the mysteries of life and death. It was completed while Ritchie was Composer-in-residence with the Dunedin Symphony Orchestra in 1993, and first performed the following year, under the baton of Sir William Southgate. It has received numerous performances, including one in London in 2008.

The recording below is by the New Zealand Symphony Orchestra with conductor Kenneth Young , dating from 1998.

Symphony No.1 has also been recorded by the Christchurch Symphony Orchestra with conductor Marc Taddei for Kiwi Pacific Records and is available for purchase/hire .

Below is Anthony Ritchie's presentation at the 2014 CANZ Composers Conference: The Large Canvas: the Symphony in Contemporary New Zealand Music.