Much of Richard Strauss’ music took inspiration from some of literature’s illustrious characters. In this tone poem, Strauss drew upon the tale of the fictitious Don Juan, whose romantic adventures, his larger-than-life energy, and his disregard for societal norms made him the hero-villain of various plays, novels, and poems.

Rachmaninov’s Rhapsody on a Theme of Paganini pays homage to the extraordinary 19th century virtuosi violinist, Nicolo Paganini, through its own pianistic fireworks. The CSO is joined by celebrated pianist Michael Endres to perform this dazzling masterpiece.

Salina Fisher is a New Zealand composer and violinist whose compositions delve into the musical traditions of Japan and New Zealand, with a particular emphasis on timbre and colour. In Murmuring Light, the delicate balance between the individual and the group is enhanced and distorted in an unbroken transference of radiance. 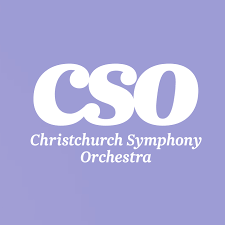