2022 CONCERT SERIES 2: AN EVENING WITH MOZART

Opus Orchestra collaborate with Scholars Baroque Aotearoa to perform Mozart’s sublime Requiem in Tauranga, Rotorua, and Whakatane this May.

Originally conceived as a commemoration for the Tauranga-based philanthropist and Mozart enthusiast Bill Taylor, an avid supporter of both Opus Orchestra and Scholars Baroque Aotearoa, we also dedicate this concert to all those who have experienced suffering and loss during the COVID-19 pandemic.

The programme will begin with Mindscape, a new piece by Hamilton-based composer, Janet Jennings. Commissioned by Opus Orchestra to complement Mozart’s Requiem, Mindscape is a vivid, dramatic work exploring dark spaces in the mind.

Opus Orchestra’s brilliant concertmaster, Lara Hall is the soloist for Mozart’s Violin Concerto No. 5 in A major. Nicknamed ‘The Turkish’ because it includes subtle parody of Turkish bands, this is a youthful work that abounds in lyricism and fun.

The evening will culminate in a performance of Mozart’s Requiem. Left unfinished on his deathbed in 1791, the Requiem showcases Mozart’s brilliant mastery over both choral and orchestral forces. It is both moving and exhilarating, achieving a sublime balance between dark and light, despair and hope – apt themes for the tumultuous years of the pandemic. 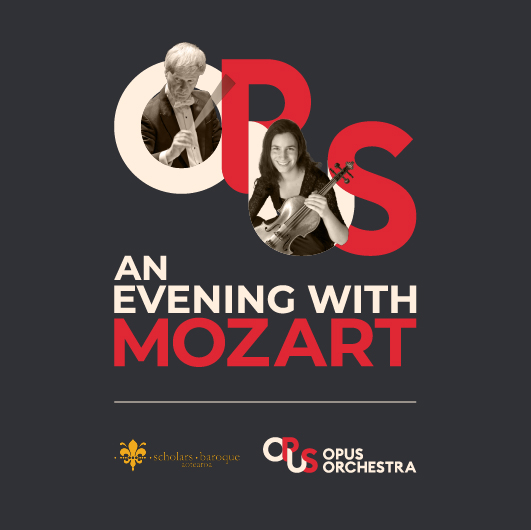