In their second concert at the Dunedin Public Art Gallery, Mark Menzies and Nathaniel Otley present programme of music for violin and electronics from both New Zealand and abroad.

Mark Menzies is one of New Zealand's premiere violinists and composers with a long career as a violin virtuoso, chamber musician, pianist, conductor and strong advocate of contemporary music. Committed to performing a wide range of contemporary repertoire, Menzies has collaborated closely with renowned composers from around the world and developed a considerable reputation as both a soloist and as a chamber music performer predominantly with the California based Formalist Quartet.

Menzies’ compositions are increasingly played across the globe, with recent premieres in The Netherlands, Italy, Los Angeles, San Diego and Christchurch. Mark is an Associate of the Royal Academy of Music, London, an honour bestowed in 2014. Mark was the viola and violin professor and coordinator of conducted ensembles at the California Institute of the Arts from 1999-2016, where he curated a remarkable series of concerts at REDCAT at Disney Hall in downtown Los Angeles. Mark is currently Professor of Music and head of instrumental performance at the University of Canterbury where he maintains an extensive performing schedule both in New Zealand and abroad.

Nathaniel Otley is a composer, violinist and conductor based in Ōtepoti, Dunedin. His compositions have been performed or workshopped in both New Zealand and Australia by artists including the Argonaut Ensemble, Mark Menzies, the NZSO, NZ Trio, the Christchurch Symphony Orchestra and the Dunedin Youth Orchestra. In 2019 he was a featured young composer at the Bendigo International Festival for Exploratory Music (BIFEM) as part of their Reo Hou future voices New Zealand programme with his piece Impasto. His piece Recalibration for violin and electronics also won the 2019 University of Otago Lilburn Trust Composition Competition and he was among the winners of the 2019 NZ Trio Impetus composition competition. As an orchestral composer Nathaniel is a three time finalist in the NZSO TODD corporation young composers award and was the 2019 winner with his piece biosphere degradation. 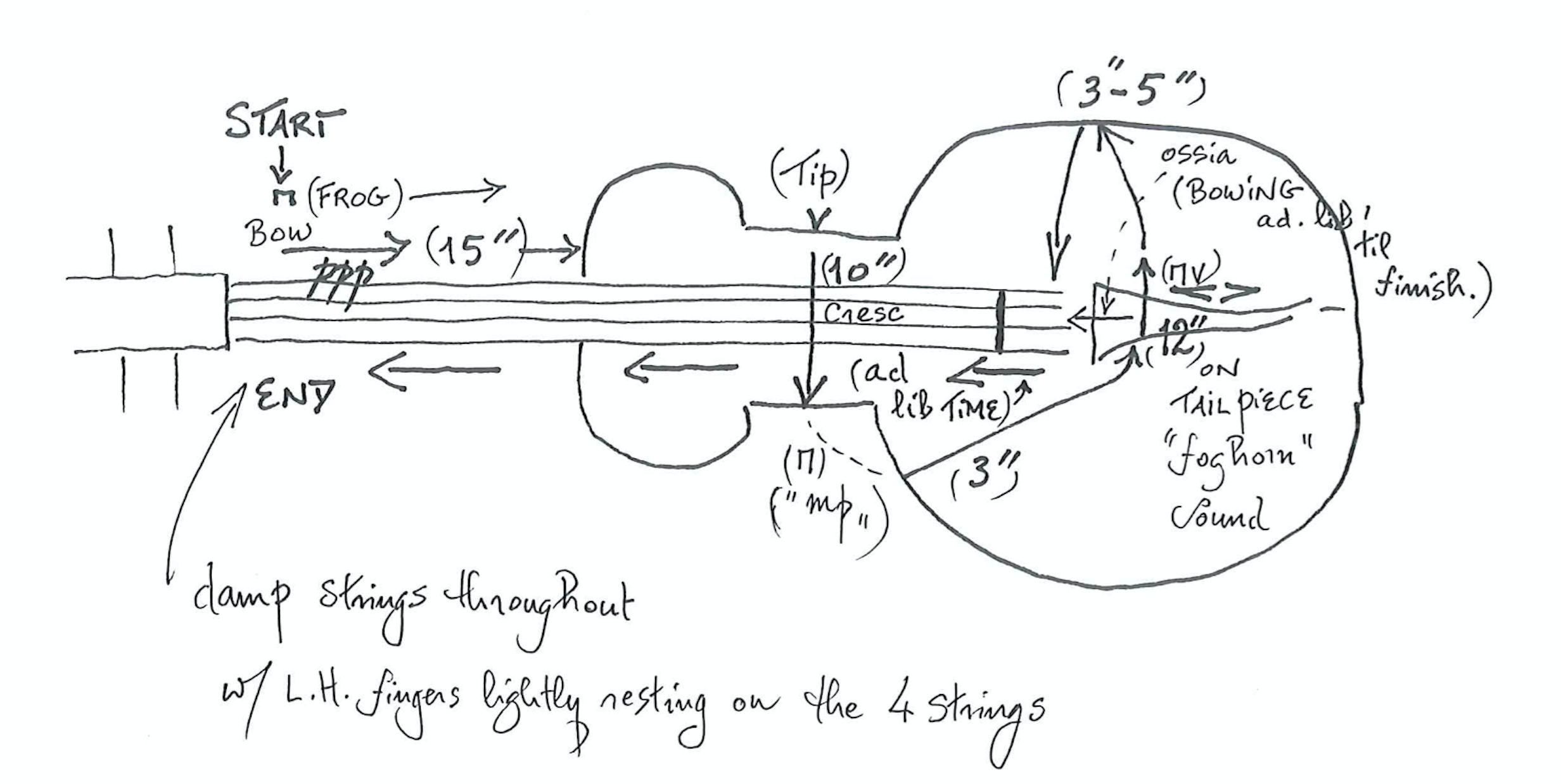 for violin and electronic sounds
by John Rimmer in 1974
16m