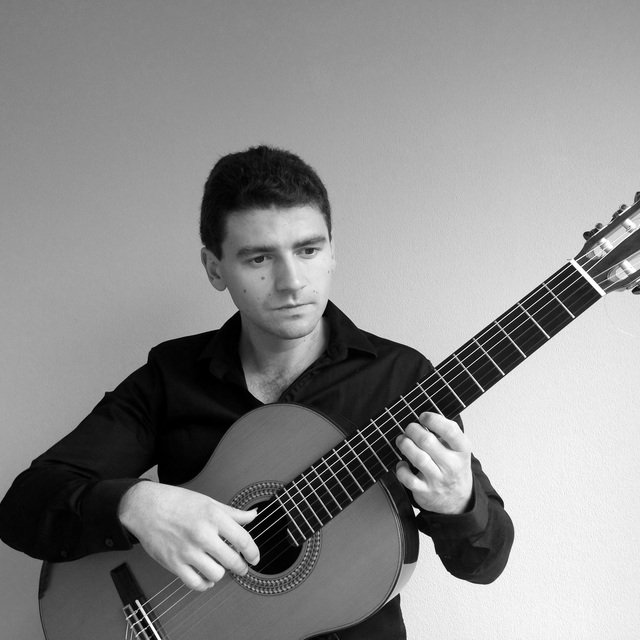 Michael Stoop is a Wellington-based guitarist, composer, and teacher. He studied classical guitar performance at the New Zealand School of Music with Matthew Marshall and Dr Jane Curry, and completed his Bachelor of Music in 2012.

Since graduating, Michael has dedicated a lot of time to composing new music for the guitar. His debut album ‘Landscapes’ was released on Bandcamp in June 2017. Consisting entirely of original compositions for solo guitar, many of the pieces on ‘Landscapes’ were inspired by the dramatic scenery of Wellington. Michael gave performances of many of these works around Wellington, including a lunchtime concert at Expressions in Upper Hutt, in June 2016.

Since ‘Landscapes’ Michael has completed a number of new compositions for solo guitar. Many of these have been filmed, and can be viewed on YouTube. Michael began collaborating with Riddell Productions in late 2018, and the Wellington-based production company has filmed him performing some of his most recent works.

Michael competed in the Biennial New Zealand International Classical Guitar Competition in December 2018, and played a programme of his own compositions. He won the Prize for the Best Performance of a New Zealand Work, with his piece ‘Resurrecting the Dream’.

Michael teaches guitar to students of all ages, levels, and styles at his home studio in Khandallah, Wellington.

A World of Pain

Beyond the Devil's Gate

From the Roaring Forties

The Art of Courage

Towards the Furious Fifties