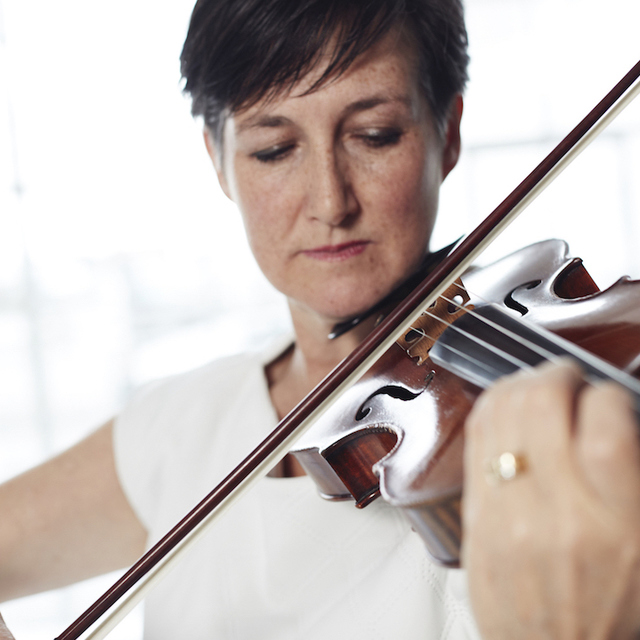 As a freelance violinist Justine performs as soloist, chamber musician, guest-concertmaster and orchestral violinist. As a Creative Performance Coach, Justine supports musicians worldwide to maximise their performance success and enjoyment.

From 2002 to mid-2017, as a founding member and violinist of NZTrio, Justine performed throughout New Zealand, Australia, Asia, South America, the USA, Europe and Scandinavia. During this time, the group commissioned close to 40 works from NZ composers, seeing the trio honoured with a KBB Music/CANZ citation in 2012 and the Lilburn Trust Citation in 2017 for outstanding services to New Zealand Music. Collaborating broadly across the arts spectrum, they worked with animated film, contemporary dance, theatre, voice, as well as cross-cultural musical works with masters of Maori taonga pūoro, Chinese guzheng, and Cambodian traditional instruments.

An active recording artist, Justine has recorded Douglas Lilburn’s Piano and Violin Duos with pianist Michael Houstoun. During her time with NZTrio, they built up a varied catalogue of recordings resulting in many nominations for awards. Their collaborative ‘classical-meets-jazz’ album, Vicissitudes with the Mike Nock Trio, was a finalist for Best Jazz Album in the 2017 Jazz Awards and their CD Sway won the ‘Classical Artist of the Year’ award in the 2017 Vodafone Music Awards.

In 2015, Justine recorded Chris Watson’s ogee - for solo violin and orchestra with the New Zealand Symphony Orchestra – subsequently nominated as a finalist for the 2019 SOUNZ Contemporary Award.

Justine's notable orchestral career saw her appointed to NZSO Sub-Principal 1st-Violin in the 1990's, followed by Concertmaster of the Auckland Philharmonia from 2000-2004, where she was regularly featured as soloist. During that time, she was also involved within the first four international judging panels of the Michael Hill International Violin Competition.

In Retrospect - Quintets, Quartets and Trios by Keith Statham