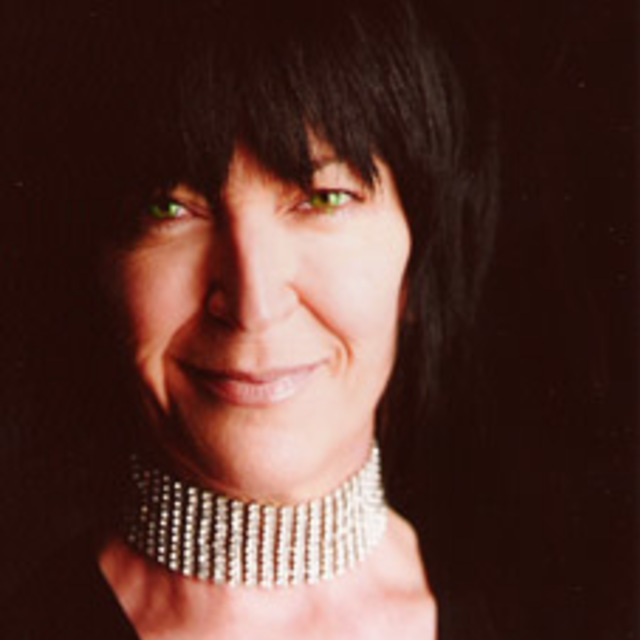 Helen Medlyn is a girl who's hard to define. She's a self-described Jill Of All Trades, having been - at one time or another - a jazz chanteuse, a dancer, an actress, a musical theatre performer, a narrator, a comedienne, a classical concert singer, a voice-over artiste, an opera diva and a cabaret entertainer...sometimes, all in the same performance! Not only is she a Jill Of All Trades, she's a Mistress Of Plenty! Using her innate sense of fun, her musicality and her love of language she's been acclaimed both here and overseas for stamping her own style on all that she does! Whether she's standing serenely, statue-like, on the concert platform singing the major classical repertoire with a symphony orchestra or she's slithering, bosoms akimbo, over a grand piano and steaming up a few spectacles with a torch song or two, Helen loves to to be up there! A stage animal, indeed!

Just a few highlights from her varied body of work include playing Prince Orlovsky in "Fledermaus" for Opera Australia; portraying Concepcion in "The Spanish Hour" for NBR NZ Opera; understudying Brangaene in "Tristan and Isolde" for the English National Opera; performing Gillian Whitehead's vocal cantata "Alice" with the Auckland Philharmonia (written for Helen); singing Elgar's "Sea Pictures" with the NZSO in Osaka; singing Brahms's "Alto Rhapsody" with the London Philharmonic Choir and the Malaysian Philharmonic in Kuala Lumpur; performing Mahler's "Song of the Earth" both with the AP and the NZSO; taking the role of Joy Gresham in the play "Shadowlands" at the Mercury Theatre; portraying Mrs Parker in the play "Daughters of Heaven" for the Auckland Theatre Company; playing Fraülein Schneider in "Cabaret" for the ATC; and creating and performing her 'hell' cabaret shows with Penny Dodd.

Although Helen embarked on her professional career in 1981 as a dancer in the NZ tour of "Evita", her performance work remained sporadic. Through the '80's, she took major roles in productions for the Mercury Theatre, Centrepoint Theatre and Auckland operatic societies but she still retained her "day job". However, in 1989, she walked away from being a television and radio producer at the advertising agency, Saatchi & Saatchi, and launched herself into a full-time professional performing career with her opera debut as Marthe in the Mercury Theatre's production of "Faust".

Honoured with being made an Arts Foundation of New Zealand Laureate in 2002, Helen is now established as a regular guest artist with opera companies and orchestras throughout Australasia, Asia, America and Britain and continues to garner flattering critical acclaim for her distinctive performances.