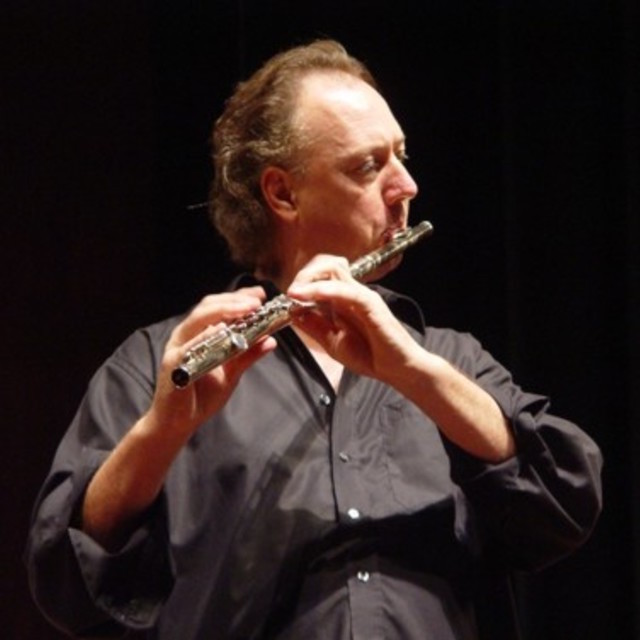 Uwe Grodd, New Zealand based German conductor and flautist, has performed and recorded internationally for over 25 years.

From 1998 until 2002, Uwe was Artistic Director of the INTERNATIONAL MUSIC FESTIVAL NEW ZEALAND and has been conductor and musical director of the Auckland University Symphony Orchestra from 1989. In that year, before an audience of 250,000, he appeared in Symphony Under the Stars with the Auckland Philharmonia.

In 1993 he was appointed Musical Director of the Manukau City Symphony Orchestra. In 2005, for the opening celebration of the new concert hall – the Genesis Energy Theatre - in Manukau City, a ceremony led by New Zealand’s Prime Minister, he combined five choirs with the MCSO in a special project named "The Genesis". It included a world premier for choir and orchestra, "The Journey", written especially for Uwe Grodd and the MCSO by Leonie Holmes.

An avid supporter of contemporary music of all genres, Uwe has given many first performances including, in 2002, conducting the premier season of the multi-media opera GALILEO, with music by John Rimmer and libretto by Witi Ihimaera.

Uwe Grodd is the Founder and Artistic Director of the Flute Fest New Zealand (2001 – 2004), and an Associate Professor of Conducting and Flute at the University of Auckland. His reputation as an inspiring teacher is well documented by his students’ international performances and prizes. His editions of music by Vanhal, Beethoven and Ries, published by Artaria Editions, are increasingly in demand.

Jenny McLeod: The Emperor and the Nightingale - CD