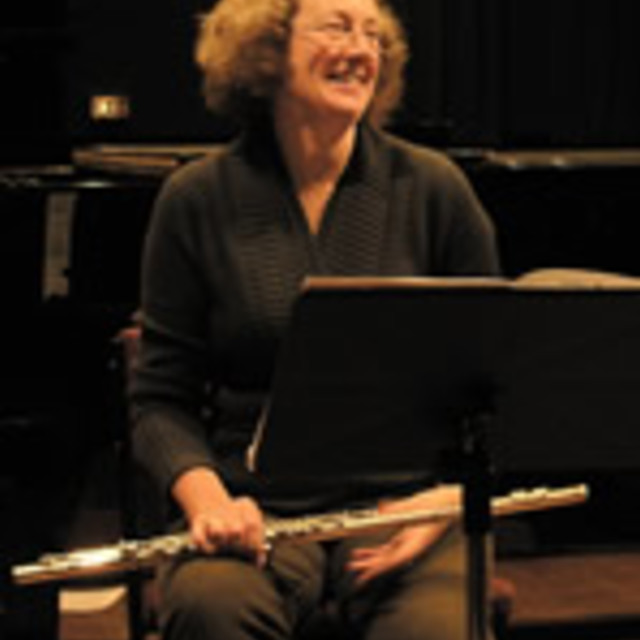 Ingrid Culliford spent many years living and working in London as a free-lance flautist and teacher. During her time thereshe performed with many orchestras such as the London Sinfonietta, City of Birmingham Symphony, Royal Philharmonic and the Academy of St. Martin- in- the -Fields. She was a founder member and co-director of the contemporary music ensemble, Lontano, with whom she toured widely in Britain, Europe and the Americas. She also recorded frequently for BBC Radio 3 and performed in many international festivals, including the prestigious Henry Wood Proms. With Lontano she has recorded several CDs, and her solo recording of British Flute Music was highly acclaimed in both BBC and Gramophone magazines. Whilst in London she was professor of flute at Trinity College.

Since returning to NZ in 1994, Ms Culliford has given many solo and concerto performances and is a recording artist for Concert FM. She plays regularly with the Auckland based contemporary music group 175 East, has toured nationally with the chamber ensemble, Nahandove and is a casual extra with the NZSO. She has also played and recorded with the Australian based ensemble, Elision. Ms Culliford was, for several years, Co-head of music at Nga Tawa School, where she now continues to tutor in wind, piano and chamber music. She was also on the faculties of both Waikato University, and the NZ School of Music as tutor in flute. She enjoys adjudicating at many festivals and competitions and is an examiner for both the NZ Music Examinations Board and the International Baccalaureate Organisation.