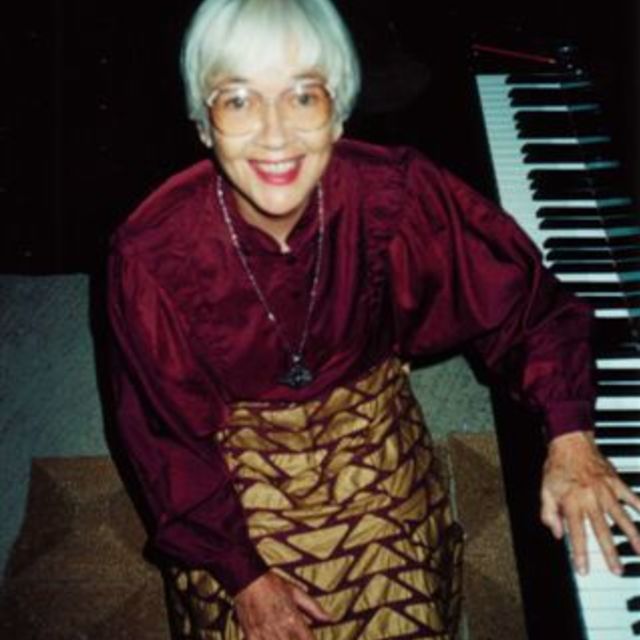 As a concert pianist she did not specialise, but instead enjoyed a wide range of composers/repertoire from Bach onwards, (though occasionally small keyboard works from earlier periods) including music by 20th century composers as well as New Zealanders.

She lived half her adult life in London from 1954 but procuring any New Zealand works was not simple during those early years. Naturally she played Lilburn, and gave first performances in London of David Farquhar's Partita (about 1957), and later of his Concertino (Piano & Strings) 1977, and at Wigmore Hall premiered Farquhar's Ode and Douglas Lilburn's Sonatina No. 2, and Four Preludes (the 1960's). She also gave performances in London of Robin Maconie's A:D:C and his Four-Part Invention; of Barry Anderson's Piano Piece 2, and of Jenny McLeod's Piano Piece 1965. Some of these were played on the BBC (Radio 3) during her time in London. In Switzerland she also broadcast a New Zealand Selection, some of which was also heard in the West Indies (the Lilburn Preludes) as well as in Hong Kong and Australia. She had a BBC Radio 3 broadcast during NZ Week in 1990.

Regarding broadcasts in New Zealand, she was active over a long stretch and broadcast most works mentioned above, but before her first embarkation from New Zealand, two New Zealand composers each wrote a short piece for her - one is Mountain Stream at Dust by Allan McDermott, the other All That's Past by Nigel Eastgate.(1993) She broadcast at least the Eastgate, along with other New Zealand music, in the early 1970s while visiting New Zealand. In the late 1970s, she gave an hour's lecture at the Royal Academy of Music on New Zealand Music at the request of a composition teacher, and this presentation included Ronald Tremain's Inventions for Piano. (There were at least four NZ composers present).

In 2001 she made a CD, NZ Piano Works: ZRCD1001, which features works by David Farquhar and Edwin Carr, including Carr's Pleasant Pieces which were written for her.

Georgina Zellan-Smith passed away peacefully in 2019.